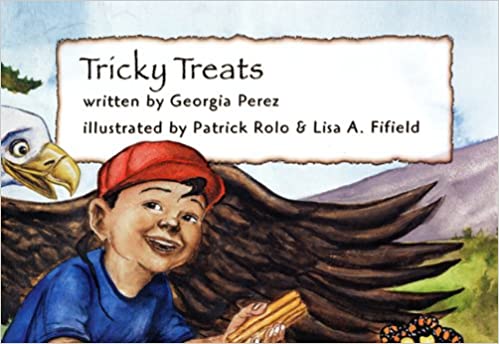 “Tricky Treats,” the fourth book in the Eagle Book Series aimed at elementary school children, continues the theme of healthy food by encouraging children to choose nutritional value in foods and beverages. This story introduces the character of Coyote, who initially challenges the healthy messages offered by Mr. Eagle.

Tricksters, such as the coyote, are traditional characters in American Indian stories and literature who cannot be trusted because of their jokes and tricks. The trickster often comes around in the end, as in this story. In the book, Mr. Eagle encourages the children to choose healthy snacks and not be tricked into using foods and beverages that are not healthy for them. Healthy foods are identified as “everyday foods,” while less optimal choices are described as “sometimes foods.” Mr. Eagle teaches the children about food safety and the importance of not taking things that belong to someone else.

There are four books in this series:

♦ Knees Lifted High is the second book in the Eagle Book Series.