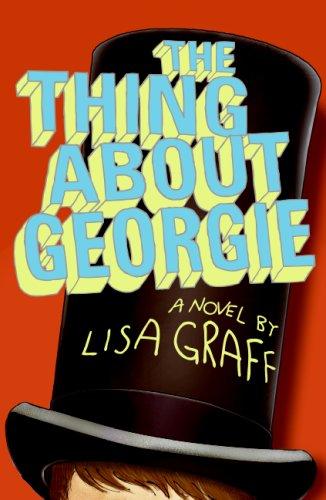 This story about the trials of a fourth grader, who has dwarfism, will entertain and enlighten kids. About to become a big brother, Georgie worries that the baby will grow bigger than he and fulfill his musician parents’ hope for a child who can play an instrument. At the same time, Georgie fears that Andy, who’s been his friend since kindergarten, likes the new boy better. When Georgie’s parents leave him at Andy’s house on Christmas Eve, he finds himself being unexpectedly cruel and losing the friendship. Georgie is also assigned to do a project on Abraham Lincoln with Jeanie the Meanie, who puts his name in for the role of the lanky president in a class play. Stuck with the nomination, he’s able to give a commanding performance-with Jeanie’s help. Andy lets Georgie know he misses him, and his loving parents, who have been somewhat oblivious to his concerns, also come through. Commentary to readers throughout about what Georgie can and can’t do is delivered by an anonymous voice, whose identity is revealed as a surprise at the end. Ages 8 and up.