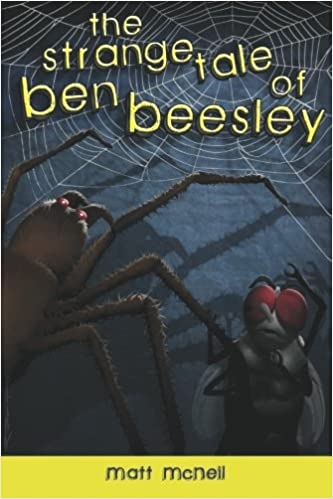 Waverly and Oliver are two orphaned flies growing up, and hoping to stay unnoticed, in a garden ruled by a cruel spider named Ramsay. But when they risk everything to help a mysterious fly named Ben, they get bitten by spiders with a slow-acting and deadly venom. Ben sets out to save his friends by taking them on the long, dangerous journey across the garden to see Ramsay who is the only one who can reverse the effects of the poison. The spider king, however, has no intention of helping anybody but himself. What happens when Ben finally comes face to face with Ramsay makes his quite a strange tale indeed.

Editors Note: In the spring of 2008, doctors diagnosed Matt and Shannon McNeil’s children with a rare, degenerative, and ultimately terminal genetic condition called MPS III ((Sanfilippo syndrome). There were simply no effective treatment options to help them. By the winter of 2009, Matt started writing as a way to put some space between himself and his grief.  Although Ben Beesley is an exciting adventure story written for middle grade readers (ages 9-12), it is also an expression of a father’s hope for his sick kids.