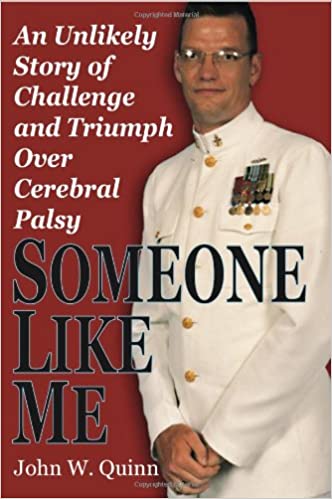 As a child, John Quinn had a dream of a naval career despite his affliction with cerebral palsy. After failing the physical exam, he underwent painful, self applied physical therapy for one year then successfully passed a second exam. He kept his cerebral palsy a secret from the record- keepers and medical authorities for 20 years. He had a distinguished and highly decorated career. John was also later challenged by alcoholism and excessive grief caused by the suicide of a brother. With help, John Quinn triumphed over both, as he did cerebral palsy.