Home » Lending Library » Physical Disability » Not So Different: What You Really Want to Ask About Having a Disability 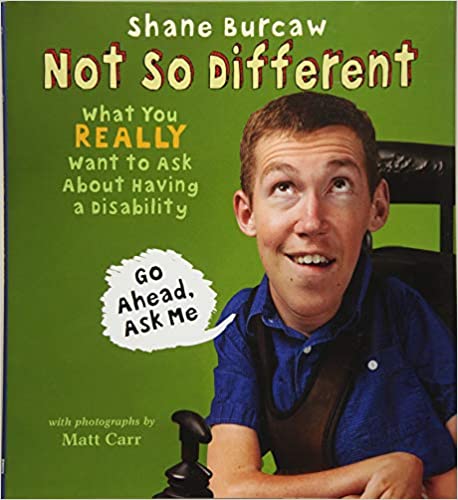 Not So Different offers a humorous, relatable, and refreshingly honest glimpse into Shane Burcaw’s life. Shane tackles many of the mundane and quirky questions that he’s often asked about living with a disability, and shows readers that he’s just as approachable, friendly, and funny as anyone else.

Shane Burcaw was born with a rare disease called spinal muscular atrophy, which hinders his muscles’ growth. As a result, his body hasn’t grown bigger and stronger as he’s gotten older it’s gotten smaller and weaker instead. This hasn’t stopped him from doing the things he enjoys (like eating pizza and playing sports and video games) with the people he loves, but it does mean that he routinely relies on his friends and family for help with everything from brushing his teeth to rolling over in bed.