Home » Lending Library » Cystic Fibrosis » There Are No Alligators in Heaven!: A family’s perspectives on surviving the unrelenting savagery of Cystic Fibrosis 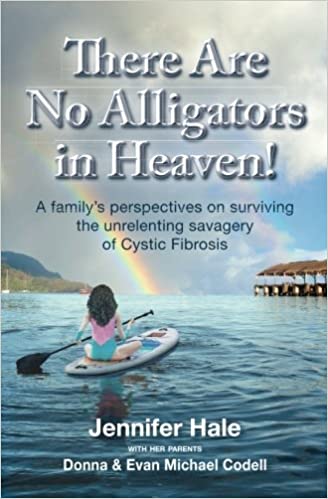 Jennifer Hale was diagnosed in 1974 with Cystic Fibrosis (CF), an incurable genetic disease. At that time, children with CF had a life expectancy of just 15 years. But Jennifer had a special passion for life, and her parents – Donna and Evan Michael Codell – had the determination and fighting spirit to enrich and extend Jennifer’s life in every way they possibly could. This combination produced an amazing young woman who, later with the steadfast support of her husband Mark, beat the odds and lived fully for 43 years while continuously battling the fatal disease, until her death in December 2015 that came as she was awaiting a lung transplant.