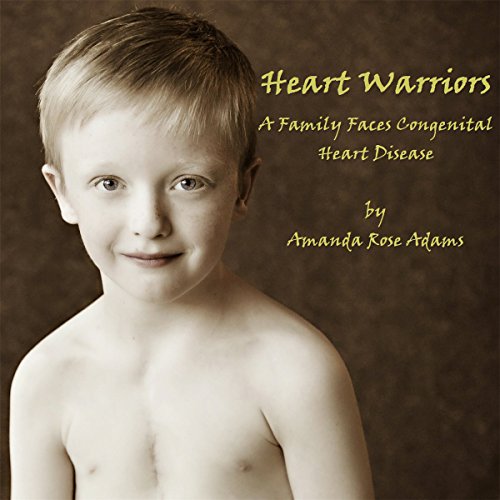 Five months pregnant, Amanda Adams and her husband were given two abysmal choices regarding her pregnancy: force her baby to fight for his life through countless invasive and dangerous surgeries, or perform a late term abortion. Despite the fact that Liam was missing half his heart, Amanda chose life.

Amanda’s emotional plate was full as she found herself redefining the usual expectations a mother has for her child. Instead of wondering where he’d go to college, she wondered if he would survive his first birthday. The eventual acceptance of Amanda’s grief helped her accept her new role as a powerful advocate. Over the course of seven years, together, as a family, Amanda and her husband helped Liam endure 12 heart surgeries, each time taking him to the brink of death.

Heart Warriors is Amanda’s personal and emotional story that initiates a powerful dialogue about infant mortality and hope.