Home » Lending Library » Prematurity » Alex: The Fathering Of A Preemie 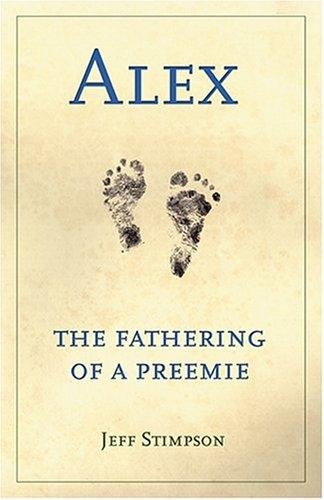 When Alex was born prematurely in 1998, he weighed only 21 ounces. He spent only four days of the first tentative year of his life at home. The rest was spent in the hospital in one critical medical situation after another, with Stimpson and his wife battling hospital staff, fighting to keep the treatments and procedures to a minimum. Stimpson chronicles the day-to-day struggle to keep Alex alive and, later, to make something of a normal life for him as Stimpson and his wife slowly come to terms with their child’s physical and mental limitations. Alex’s homecoming only shifted the venue for constant care, worries, and crises. Tracing Alex’s development from premature birth to kindergarten, Stimpson offers a compelling look at the roller coaster of emotions faced by parents with a severely ill child who must contend with sometimes supportive and sometimes callous medical and social workers as they advocate for the maximum care and opportunity for their child.