Home » Lending Library » Scoliosis » When Life Throws You A Curve: One Girl’s Triumph Over Scoliosis 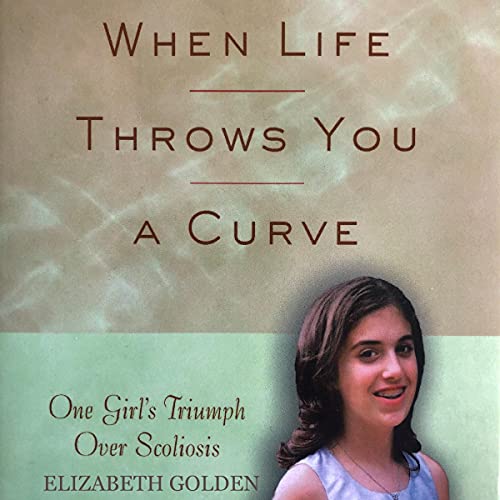 At age 13, the last thing Elizabeth Golden wanted was to be singled out. A typical seventh grader in her school in Philadelphia, Elizabeth s world was filled with best friends who made her laugh, schoolwork, and sports. Then, during a routine check-up, her doctor found two curves in her spine. Elizabeth had Scoliosis and was instantly different from her classmates. Elizabeth was told she needed surgery and she kept a memoir throughout her operation and long recuperative period. Recognizing that not every teenager facing major surgery will have the benefit of the support system she had including family members who have been through the surgery themselves Elizabeth turned her memoir into a book to help others. In When Life Throws You a Curve: One Girl s Triumph over Scoliosis, Elizabeth tells what it was like, including her fears, the pain, and the triumphs. Once fearful about whether she would be able to walk without pain, Elizabeth emerged from her experience to become a nationally-ranked squash player and a varsity tennis player. Elizabeth found that surgery and recuperation gave her more than a straighter spine: The scar running down her back is a symbol of an experience that has made her more determined and focused. Ages 12 and up.