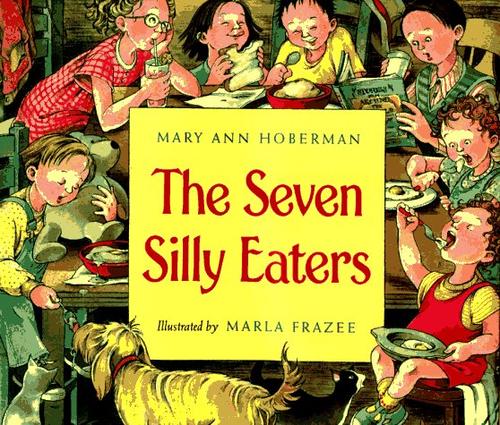 Peter wants only milk, Lucy won’t settle for anything but homemade lemonade, and Jack is stuck on applesauce. Each new addition to the Peters household brings a new demand for a special meal. What’s a mother to do? Even though Mrs. Peters picks, peels, strains, scrapes, poaches, fries, and kneads, the requests for special foods keep coming. It isn’t until her birthday arrives that a present from her children solves the problem with a hilarious surprise that pleases everyone. Ages 5 and up.

“Not so long ago, they say, A mother lived-just like today.”