Home » Lending Library » Brain » The Luckiest Girl in the World: My Story of Struggle and Hope in Overcoming Pediatric Stroke 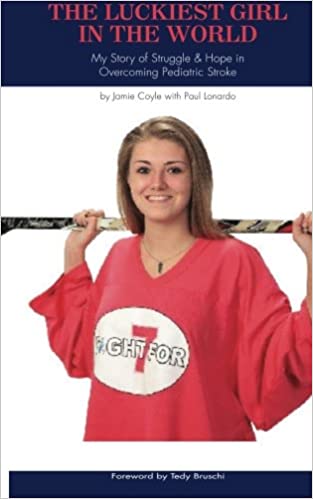 By the time Jamie Coyle was twelve, she was well on her way to living her dream. She was doing what she always loved; skating and playing ice hockey. Then, on August 9, 2008 she suffered a stroke during a hockey game. No one suspected that such a thing could happen to a twelve-year old, but as the reality of pediatric stroke turned her dream into a nightmare, the journey back to skating and playing hockey again showed her just how much she could accomplish with the love and support of her family and people all around her who cared. She came to realize that she truly was the luckiest girl in the world.