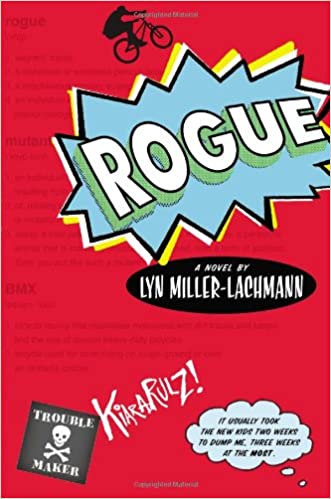 Kiara has Asperger’s syndrome, and it’s hard for her to make friends. So whenever her world doesn’t make sense—which is often—she relies on Mr. Internet for answers. But there are some questions he can’t answer, like why she always gets into trouble, and how do kids with Asperger’s syndrome make friends? Kiara has a difficult time with other kids. They taunt her and she fights back. Now she’s been kicked out of school. She wishes she could be like her hero Rogue—a misunderstood X-Men mutant who used to hurt anyone she touched until she learned how to control her special power. When Chad moves in across the street, Kiara hopes that, for once, she’ll be able to make friendship stick. When she learns his secret, she’s so determined to keep Chad as a friend that she agrees not to tell. But being a true friend is more complicated than Mr. Internet could ever explain, and it might be just the thing that leads Kiara to find her own special power. Ages 10-12