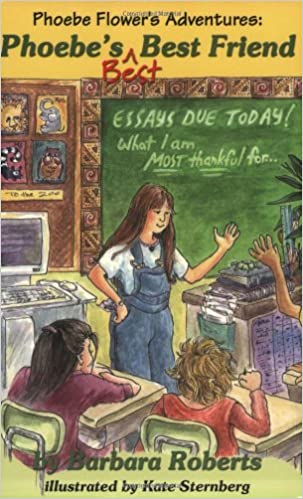 In this third book in the Adventures of Phoebe Flower’s series, continue as she encounters the challenging ups and downs of relationships with other girls. In the over-eager pursuit of one ill-starred friendship, her impulsivity and distractability land her once again in trouble at school. Her parents and the school principal decide that Phoebe needs a little help to get back on track. At first, Phoebe is worried when she hears her parents talking about something called ADD. But then her mother confides to Phoebe that she had similar problems as a girl and wishes that help had been available to her back then. With Mom’s encouragement, Phoebe struggles with a writing assignment. Completing it at last, Phoebe is proud of her accomplishment, and excited that, through her writing; she’s discovered the true meaning of best friend. Ages 7-10 yrs.