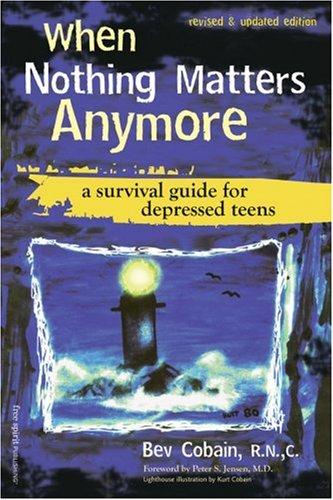 Cobain, a psychiatric nurse who works with teens, provides facts, clears away misconceptions, and conveys support and understanding to young adults who are feeling depressed. She discusses warning signs and urges readers to act upon them. Moving accounts of young people who have considered or attempted suicide lend a note of urgency to the author’s message. Cobain’s style is passionate, but is at times overwrought. There are many references to her cousin, Kurt Cobain, the lead singer of the group Nirvana, who committed suicide in 1994. Grades 7 and up.

“Everyone feels down in the dumps, bummed out, or sad at times.”