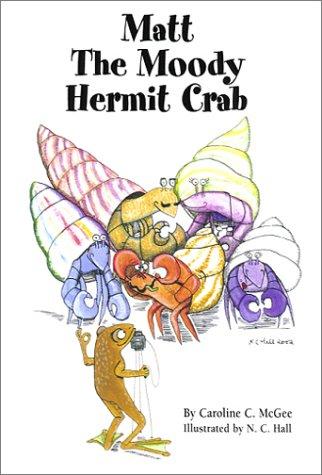 Matt the Moody Hermit Crab is the first novel-length work for children about Bipolar Disorder. It is aimed at ages 8 to 12, but teens and adults will also find the story appealing. It tells the story of one young crab’s journey to cope with Bipolar Disorder. Over the course of one school year he undergoes the onset, diagnosis and treatment of this mental illness. Matt’s story is dramatic, entertaining and sometimes humorous. Using the metaphor of a hermit crab withdrawing into his shell, the author paints a vivid image of the depressive phase of the disorder. And she also accurately portrays the manic phase by including several episodes of aggression, paranoia and megalomania. The chief goal of the book is to reveal to the child who has Bipolar Disorder that his or her experience is not singular. We also trust that other young readers will come away with less fear of and more empathy for their peers who live with this disorder.