Home » Lending Library » Autism » Look Me In The Eye: My Life with Asperger’s 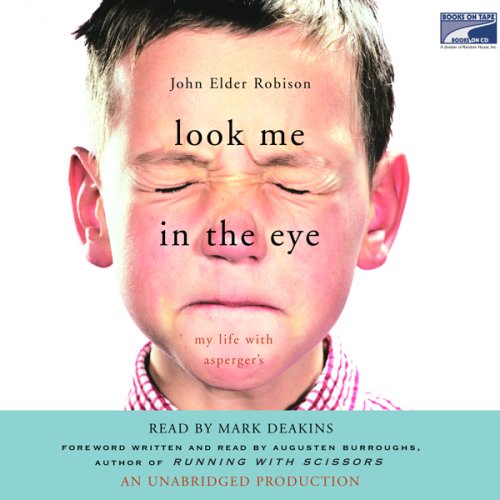 Ever since he was young, John Robison longed to connect with other people, but by the time he was a teenager, his odd habits—an inclination to blurt out non sequiturs, avoid eye contact, dismantle radios, and dig five-foot holes (and stick his younger brother, Augusten Burroughs, in them)—had earned him the label “social deviant.” It was not until he was forty that he was diagnosed with a form of autism called Asperger’s syndrome. That understanding transformed the way he saw himself—and the world. A born storyteller, Robison has written a moving, darkly funny memoir about a life that has taken him from developing exploding guitars for KISS to building a family of his own. It’s a strange, sly, indelible account—sometimes alien yet always deeply human.