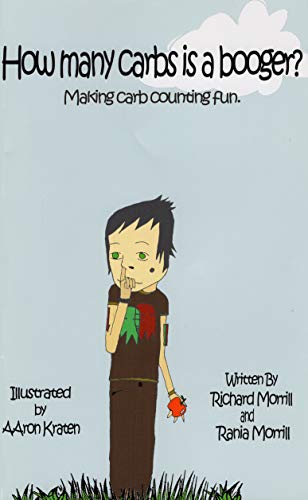 About the Authors: Richard and Rania Morrill are the proud parents of two boys, Damien and Dylan. Their son Damien was diagnosed with type 1 diabetes. During the initial time of diagnosis, many new terms were introduced to the family and all of a sudden “carbohydrates” became a subject of talk and discussion at every meal. The authors received their inspiration for the book when they over heard Damien ask Dylan during breakfast one day “Dylan, how many carbs is a booger?” After much laughter over the question, Richard and Rania realized that in the midst of seriousness during the onset of diabetes, there needed to be something funny. That’s how they became authors of this book. This book is intended to help kids with diabetes. But in a time of health awareness and struggles with weight issues, it is also intended for all kids who are trying to learn to make healthier choices (and grown ups too).