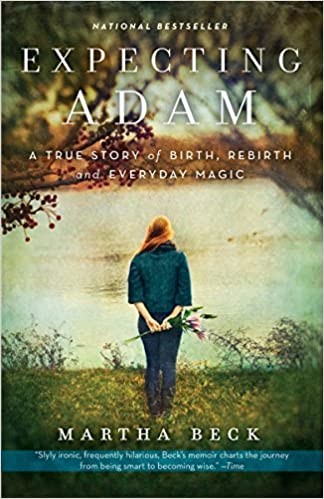 John and Martha Beck had two Harvard degrees apiece when they conceived their second child. Further graduate studies, budding careers, and a growing family meant major stress–not that they’d have admitted it to anyone (or themselves). As the pregnancy progressed, Martha battled constant nausea and dehydration. And when she learned her unborn son had Down syndrome, she battled nearly everyone over her decision to continue the pregnancy. She still cannot explain many of the things that happened to her while she was expecting Adam, but by the time he was born, Martha, as she puts it, “had to unlearn virtually everything Harvard taught [her] about what is precious and what is garbage.” A poignant tale of how the birth of her son Adam forced her to rethink her life, reconsider values. Beautiful and touching story.

“This happened when Adam was about three years old.”