Home » Lending Library » Nutrition/Diet/Recipes » Cilie Yack Is Under Attack! A Story About How One Boy Triumphs Against All Odds. 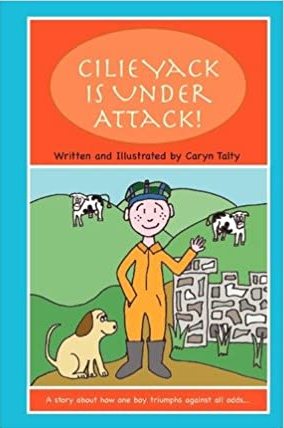 Cilie is a 9 year-old boy who lives on a dairy farm in Ireland. Known by his family and friends as a pretty funny and head strong boy, Cilie often winds up in trouble at school. He has many misadventures in his early years until his family doctor finally figures out Cilie’s real problem. He has a disease called Celiac Sprue. Now Cilie has to learn how to stay on a diet. And that has its challenges for this funny character who loves cakes and glazed sticky buns. Eventually Cilie discovers how to eat healthy, and more importantly, how to cook. Cilie uses his stubborn drive to master the kitchen. He is so successful that it makes him famous in his little hometown of Miltown Malbay where he goes to school and plays Gaelic football with his friends. Ages 8 and up.