Home » Lending Library » Learning Disability » Can I Tell You about Dyspraxia? A Guide for Friends, Family and Professionals 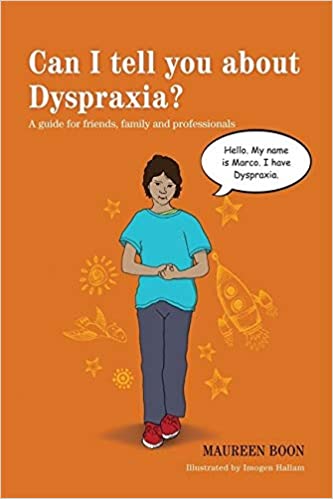 Meet Marco – a boy with dyspraxia, which is sometimes called Developmental Co-ordination Disorder (DCD).  Marco invites readers to learn about dyspraxia from his perspective, helping them to understand what it is and what it feels like when he sometimes struggles to control his movement and co-ordination. He talks about the challenges of having dyspraxia and lets readers know how he can be helped and supported. This is a British book, but the dyspraxia information applies to all children. For ages 9 and up- it is appropriate for adults too!