Home » Lending Library » Speech /Language » Ben Has Something To Say: A Story About Stuttering 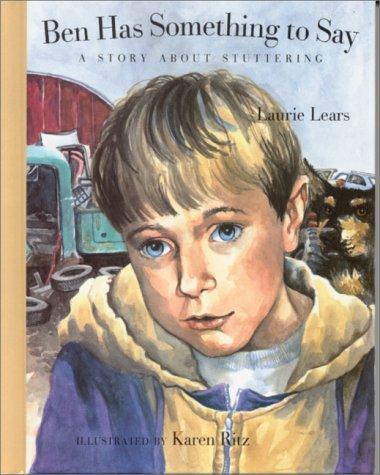 On Fridays, Ben’s dad, an auto mechanic, picks Ben up at school and they drive to Wayne’s Junkyard to look for parts. Ben, who doesn’t talk much at school, does look forward to telling his dad all about his day. That’s because Dad doesn’t laugh or tease when Ben stutters. At the junkyard, Ben avoids talking to Mr. Wayne. But he meets the friendly new guard dog, Spike, and over the next couple of weeks, Ben and Spike grow close. When Mr. Wayne is robbed and complains that Spike didn’t even bark, he says he may take Spike to the pound. Can Ben make himself speak up for Spike? Ages 5 and up.