Home » Lending Library » ADD/ADHD » ADHD & Me: What I Learned About Lighting Fires At The Dinner Table 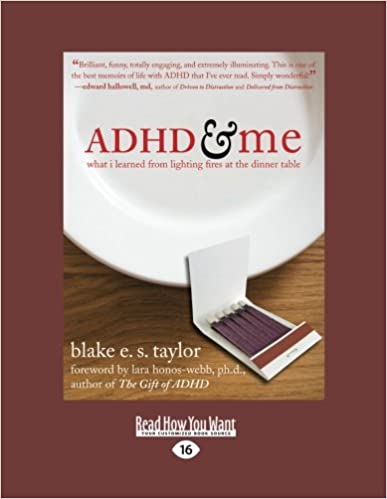 Blake Taylor’s mother first suspected he had ADHD when he, at only three years of age, tried to push his infant sister in her carrier off the kitchen table. As time went by, Blake developed a reputation for being hyperactive and impulsive. He launched rockets (accidentally) into neighbor’s swimming pools and set off alarms in museums. Blake was diagnosed formally with ADHD when he was five years old. In ADHD and Me, he tells about the next twelve years as he learns to live with both the good and bad sides of life with ADHD. Written in his final two years of high school, Blake provides an honest memoir of his life with ADHD.  His story will inspire others living with ADHD.