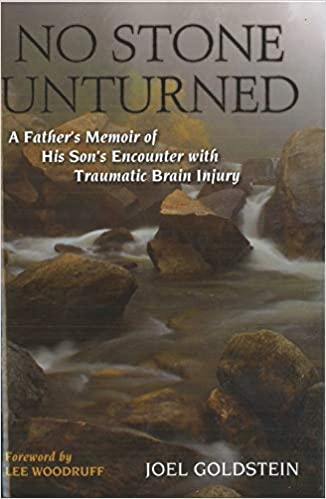 Bart Goldstein was only sixteen when he suffered a traumatic brain injury (TBI) in a car accident in 2001. No Stone Unturned is the saga of Bart’s struggle to regain his life. Told from his father’s point of view, the book chronicles the family’s ordeal, and flashbacks fill in Bart’s life since he arrived from Korea at the age of five months. Considering every possibility in their search for remedies to Bart’s catastrophic injuries, the Goldsteins explored several promising alternatives, including craniosacral, hyperbaric oxygen, sensory learning, and vision restoration therapies. Bart’s remarkable recovery resulted from a combination of conventional medicine and alternative and emerging therapies.