Home » Lending Library » Down Syndrome » Another Season, A Coaches Story Of Raising An Exceptional Son 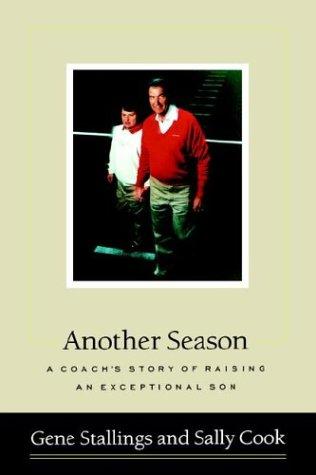 When beloved University of Alabama football coach Gene Stallings’s son was born with Down syndrome and a serious heart defect, doctors predicted he wouldn’t live to see his first birthday and urged Coach Stallings and his wife to institutionalize him. But for Gene and Ruth Ann that was not an option. Johnny quickly won the hearts and adoration of the Stallings family and everyone who took the time to know him, and, proving the doctors wrong by leading an active life, he became a vital and important part of his family, his community, and his father’s career. With intimate glimpses of family life and thrilling football anecdotes, Another Season is brimming with poignant lessons about defying the odds and finding joy in every moment.